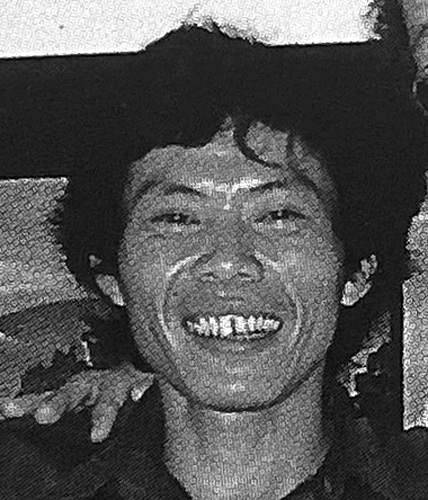 Mai Anh Dung graduated from the Fine Arts Academy of Saigon in 1993. His works are inspired by an obsession with Cham culture, its sculptures, bas-reliefs and religious writings. His paintings harbor both mystical and traditional dimensions. In the framework of the H&S exhibition in 1997, he submitted a painting titled The Child, which depicts the concept of duality: moon and sun; day and night; man and woman. In the early 2000s, his work evolved and was characterized by a naïve style of portraiture that was personal and modern. Mai has participated in several exhibitions in Vietnam and abroad, most notably the second Asia Pacific Triennial of Contemporary Art in Brisbane, Australia.