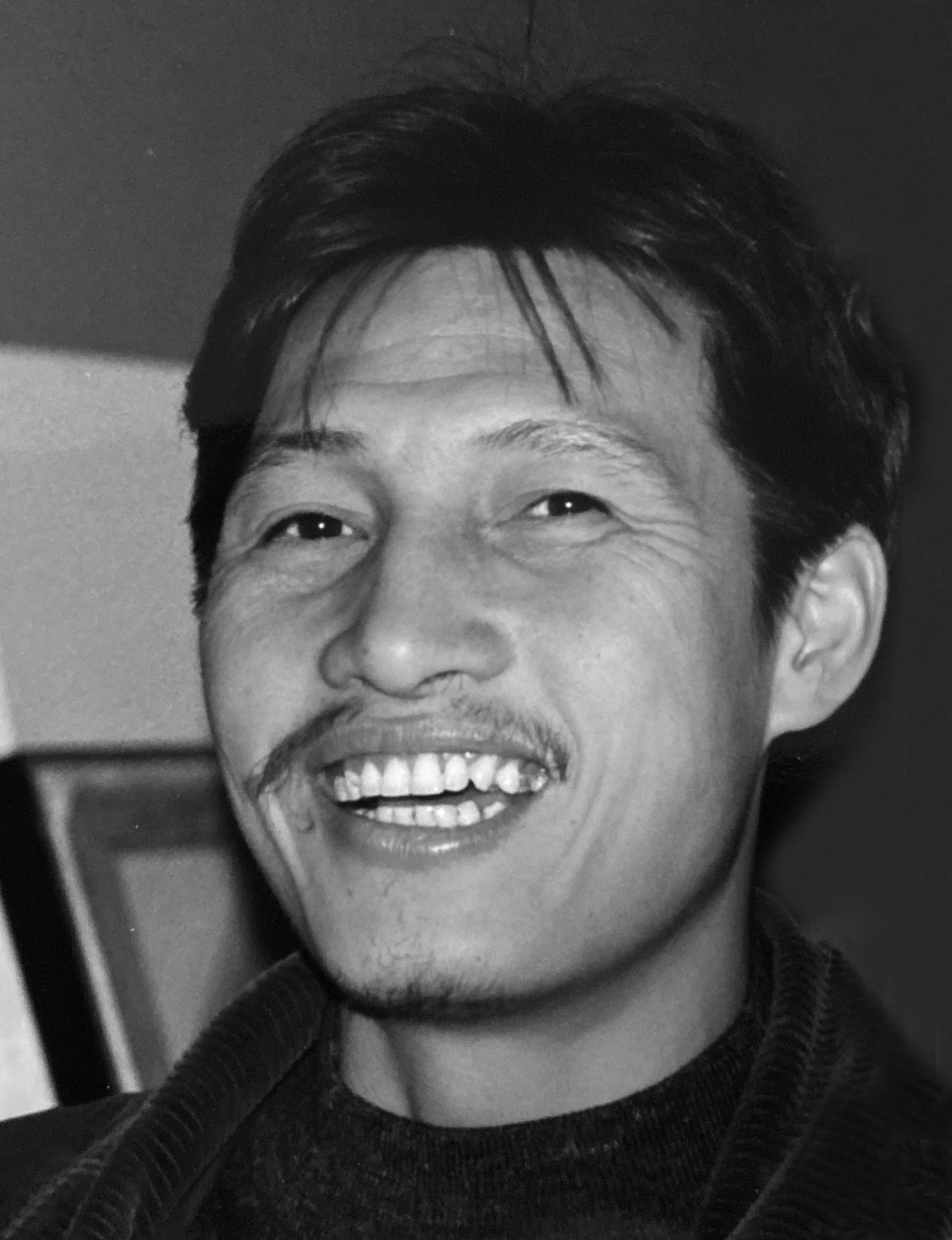 Ha Tri Hieu is one of the founding fathers of Vietnamese contemporary art as a member of Hanoi’s ‘Gang of Five’ (along with Hong Viet Dung, Ha Tri Hieu, Dang Xuan Hoa, Tran Luong and Pham Quang Vinh), the first group of young artists to gain international renown after Vietnam opened up its markets in the late 1980s. The subject of much of Ha’s poetic, expressionist work is the beauty and simplicity of rural life in Vietnam. The artist was deeply influenced by the years he spent as a child in the countryside where his family sought refuge during the Vietnam War. Recurring images of water buffalos and stone temple dogs evoke feelings of nostalgia and the innocence of childhood. What makes Ha’s oil paintings unique is the symbiosis between romantic and expressionistic elements, between naïve forms and impetuously chosen colors combined with a refined understanding of light. There is a latent vitality in his depiction of featureless faces and elongated bovine, painted in earthy colors that hark back to the peasant’s life. Ha has exhibited widely in Vietnam, the United States, Japan, England, Hong Kong, Thailand, Australia, the Netherlands, Belgium, Norway, Argentina, Malaysia, South Korea and Taiwan.